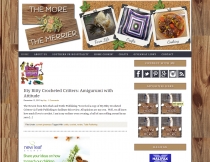 I cannot even begin to tell you how much fun we had at the Lego KidsFest, but I am going to try to tell and show you! One of the first things I noticed was the sign outside that proclaimed that all the shows were SOLD OUT!! There was so much to see and do! First we skirted around the outside edge, just looking at all the displays of scenes made from LEGO bricks. My grandson Kaiden would have thought he'd died and gone to Heaven with all the Harry Potter displays!! These displays held so much detail! They were just amazing! 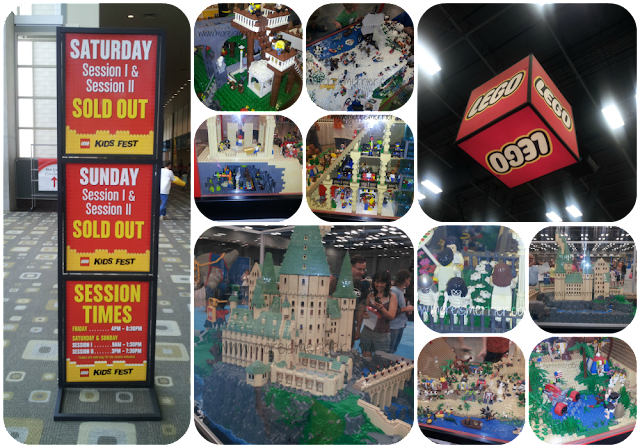 The boys participated in a few of the challenges, and got LEGO toys for doing so. There were two places where you could purchase LEGO kits and accessories. There were shirts, and dolls, and LEGO kits. Hubby purchased three kits at 50% off and the boys were so excited! There was a section where the boys made their own cars and raced them down a ramp. They took their time building their cars because they wanted them to be perfect! . 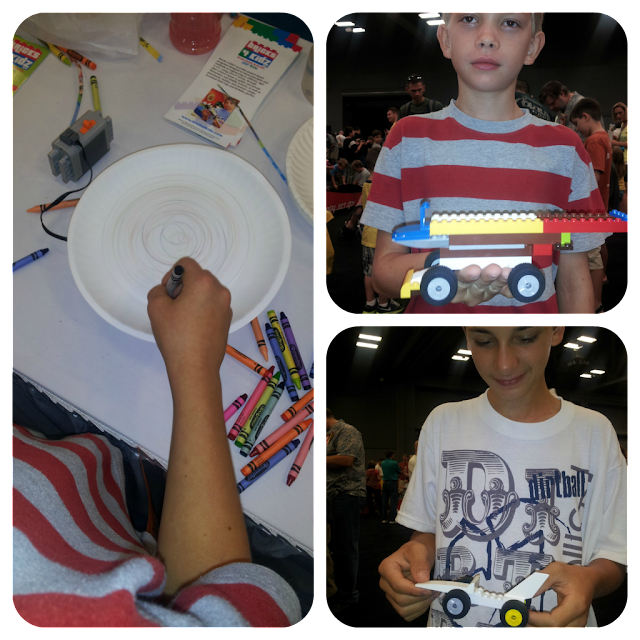 Another great section was the Creation Nation section. The boys each got a green square to build on and they made their own 'creation'. 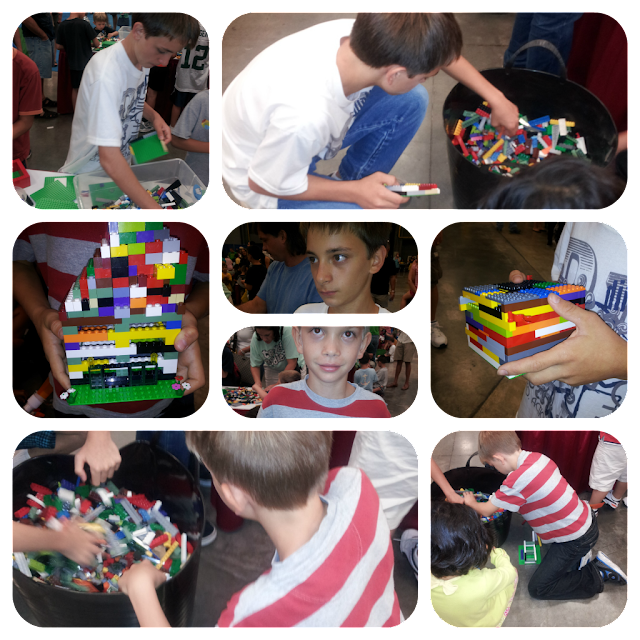 When they were finished they passed them off to a staff person who placed their creations on the Creation Nation Map, which is just a huge map of the United States taped off on the floor. One of the amazing things about this map is, when we first arrived, there really wasn't much on it. When we left it was very full! 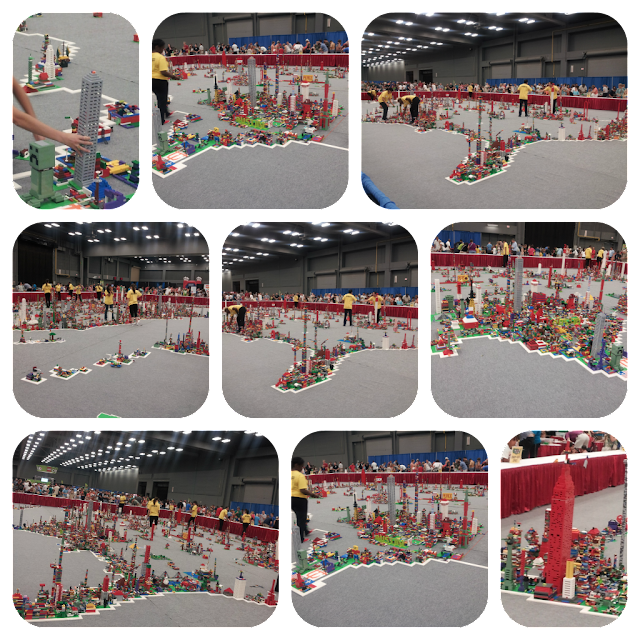 There were lots of wonderful statues to see, and interact with! Of course the boys had to have pictures with every single one!! 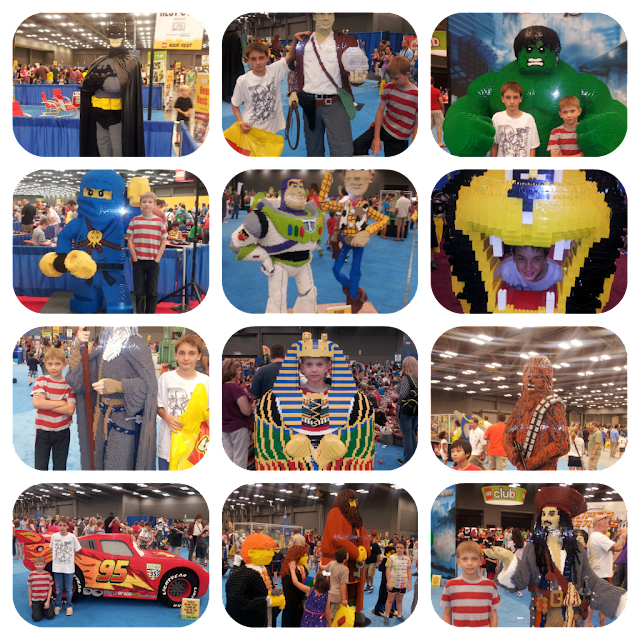 This was a four hour session, and by the time we were finished walking around, seeing and participating in everything, I was worn out! The boys had a fantastic time and even got to see Master Model Builder Stephen Gerling, and I got their picture with him! 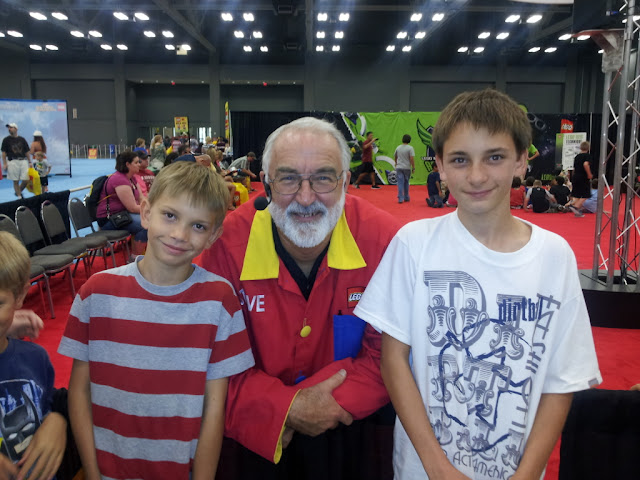 We had the best time, and now one of my adult sons wants me to take him next year! LOL! He's 32!! I am pretty sure we will be making the trip next year too.

Leave a Comment
submit a review Join our blog team

Proud Member of The US Family Guide Network